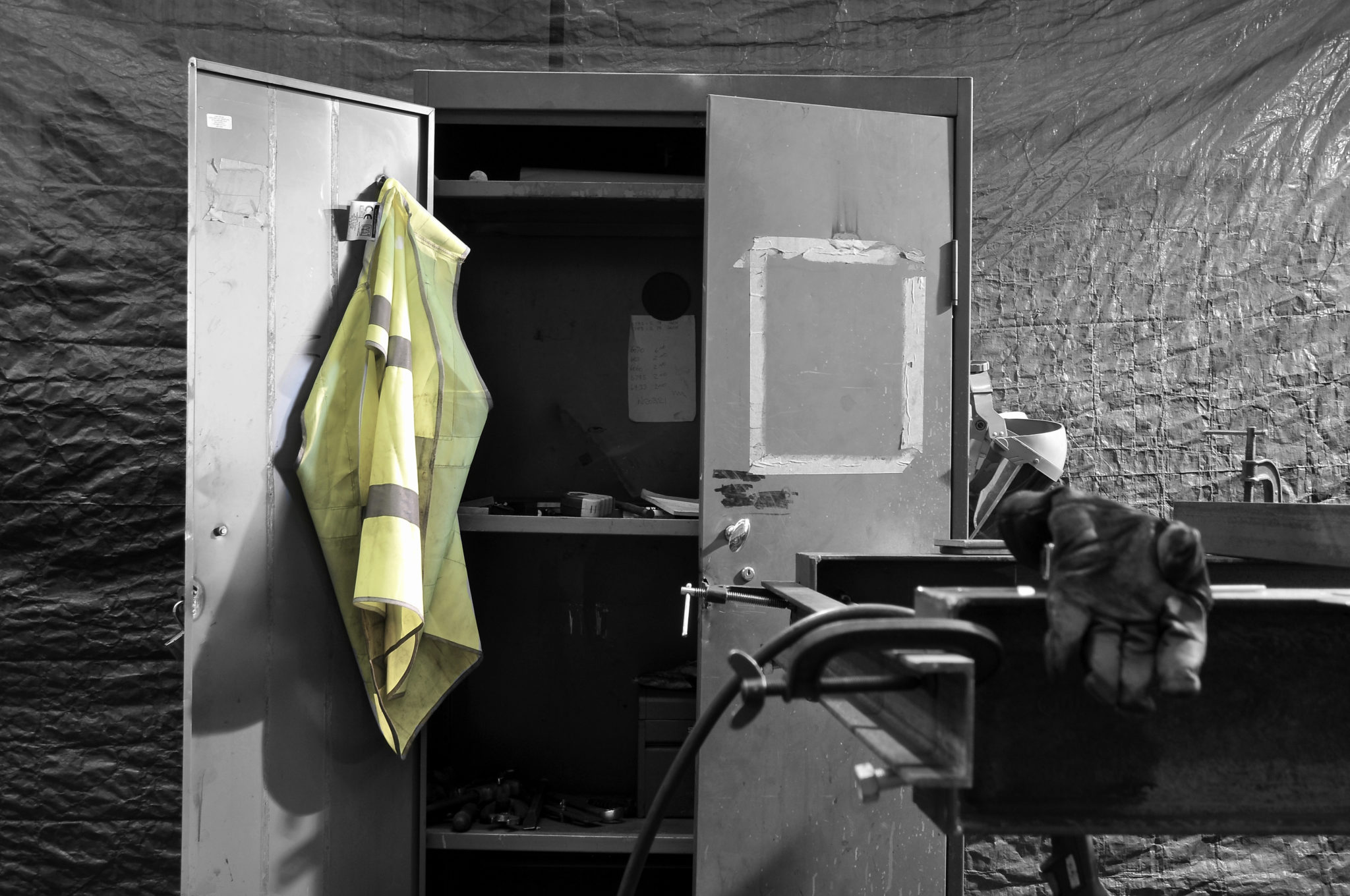 Being the boss comes with its own set of particular challenges as an employer. You’ll have staff members off sick, vacationed, or underperforming in their roles. At some point, you may need to deal with disciplinary issues and with employees behaving inappropriately at work. But, inappropriate behaviour outside of work and misconduct outside the workplace can be a new obstacle for an employer to deal with.

Imagine this scenario: It’s a pleasant morning at work; unusually, you have the chance to enjoy a coffee and a quick glance at the newspaper. Looking back at you, there is a picture of one of your employees under the headline racist behaviour by football fans. What should you do, and perhaps, more importantly, what can you do?

How Employee Inappropriate Behaviour Outside Of Work Can Affect Your Business

Employee misbehavior outside work can seriously affect your business’s work environment, particularly when there is the possibility, or probability, of your clients becoming aware of that conduct.

Whilst it is relatively rare to find your employees’ misconduct outside of work getting reported in the news, the growth in social media has increased the information available within the public domain.

Examples Of Employee Misbehaviour Outside Of Work

Consider this situation, a group of employees in the pub on a Friday night may (and most probably do) make disparaging remarks about their employer and even about a client that they consider to be “difficult” or “too demanding”. Typically, “my boss is an idiot and doesn’t know what he is doing” or “client X is a complete plonker”. OK, it’s not uncommon, and as long as the remarks aren’t broadcast publically, they did no actual harm. It’s just letting off steam, and you wouldn’t necessarily class it as employee misbehaviour. So far, so good!

But what if the remarks get made via a social media platform? The status of the comments then gets elevated into being information in the public domain and could constitute gross misconduct outside of work.

It is not difficult to imagine a client’s response to offensive posts broadcast on Facebook, Twitter, or some other social media platform. The question arises: “what systems should an employer have in place to prevent employee misbehavior and from making offensive remarks”?

Disciplinary Policy for Dealing with Gross Misconduct Outside of Work

It would be more than fair to say that the protocols you must follow can be a bit of a minefield.

Most disciplinary policies state that any inappropriate behaviour outside of work considered to bring the company into disrepute is likely an offence of gross misconduct outside the workplace. Still, recent cases have shown that a standard disciplinary policy does not provide an employer with adequate protection.

It’s always sensible to have your policies checked by a professional advisor. Whilst you are at it, ensure that your policies on social media and employee behavior outside of work are up to date and robust enough to deal with current issues.

Remember, key points are essential to cover dismissal for misconduct outside the workplace. You should set out these key points clearly in an appropriate policy. It is also advisable that any such policy gets communicated to employees so they are fully aware of their obligations and the potential implications of such misconduct.

One very public incident involved a professional Premier League footballer. The West Ham and France defender Kurt Zouma was filmed by a family member physically abusing one of his cats in his home. His brother then shared the video on social media platforms. As a result, we understand that Mr Zouma got fined two weeks’ wages (around £250,000), Adidas cancelled their personal sponsorship deal with him, West Ham lost important club sponsors, and more than 270,000 people signed a petition to have the player prosecuted.

The RSPSA took action, removed both of his cats, and charged him under the Animal Welfare Act.

An employer can take disciplinary action against an employee if inappropriate behaviour outside of work leads to customer/client complaints, negative publicity, lost business or breaching the duty of mutual trust. Mr Zouma’s gross misconduct outside of work contributed to all four points, and West Ham had ground to dismiss. West Ham chose not to terminate Mr Zouma’s contract for misconduct outside the workplace.

These  cases illustrate that cases of misuse of social media involve a complex and forensic analysis of the following questions:

Another case study involved an employee’s violence outside work, dating back to June 2001.

In June 1998, Mr Liddiard attended the England vs Tunisia in Marseille, France, to watch England play and was involved in violent clashes between rival supporters. Mr Liddiard admitted to French police that he had thrown bottles at the Tunisian fans and was also charged with an armed assault on a French police officer. He went on trial, was found guilty in a French court, and sentenced to 40 days imprisonment.

His case made the national press in the United Kingdom, and even Tony Blair called for his employer, the Post Office, to take strong action against him. As a result of all the publicity and public pressure, Mr Liddiard got charged with gross misconduct outside of work and dismissed from his position for bringing the Post Office into disrepute.

Mr Liddiard went on to win his case at the Employment Tribunal. The Post Office appealed against the decision not to dismiss Mr Liddiard for gross misconduct outside the workplace. The Employment Appeal Tribunal found in favour of the Post Office. They agreed that his conviction in France, the following tabloid coverage, and political pressure had brought the Post Office into disrepute.

The fourth example we will look at involves an employee getting fired for drinking outside of work.

An Employment Tribunal considered this case after Mr Iain Waters brought a claim against (UBM) United Biscuits McVities. Mr Waters worked at UMBs Glasgow factory until he arrived for work one-morning red-eyed and allegedly smelling of alcohol. Mr Waters explained that the previous day, he had attended the funeral of his girlfriend’s father and, over roughly eight hours, had consumed several bottles of beer and then had a poor night’s sleep.

Mr Waters explained that as a combination of these factors, he had woken up late and had not had sufficient time to freshen himself up before leaving his home to attend work. Once he had arrived at work, his factory supervisor banned him from the warehouse and later dismissed him for gross misconduct. He believed that he shouldn’t get fired for drinking outside of work and that what he had done did not constitute employee misbehaviour.

Mr Waters claimed unfair dismissal, claiming that he had not been under the influence of alcohol at work and had offered to take a urine test to prove his innocence. The company were not able to facilitate a urine test. The Employment Tribunal found against Mr Waters because UBM had a clear policy stating that they would dismiss any employee under the influence of alcohol for gross misconduct.

Mr Waters supervisor had genuinely believed that he had been under the influence of alcohol and that his condition posed a risk to himself and others in the work environment. And although it didn’t constitute gross misconduct outside of work, once he arrived at work and was believed to be under the influence of alcohol in the factory, the effectiveness of the company policy on employee misbehaviour and expectations had them covered.

Inappropriate behaviour outside of work FAQs

What can be considered gross misconduct outside of work?

Is having employees fighting outside work grounds for dismissal?

Employees fighting outside work doesn’t necessarily mean you have grounds for disciplinary action such as dismissal. You may have grounds if the employee’s misconduct outside the workplace has damaged or threatened the reputation of your business. Having a clear policy about the consequences of employee misbehaviour will also lend weight if any future claim were to be made by a dismissed employee for unfair dismissal.

If it affects their performance, could an employee be fired for drinking outside of work?

Suppose you have an employee who you believe is under the influence of alcohol arriving at work. In that case, you could face prosecution if the employee has an accident as you have a duty of care towards all employees. If you genuinely think they are drunk, the employee could be fired for drinking outside of work as it could be considered gross misconduct. However, suppose the employee insists that there has been no employee misbehaviour. In that case, you have no way to identify their levels of alcohol, and your company’s policy is not clear to all employees. You may find an employee could launch a claim for unfair dismissal against you.

Could social media posts by an employee get considered inappropriate behaviour outside of work?

With the incredible growth of online social media platforms, their reach and potential to cause damage are there for all to see. Although he wasn’t fired for his actions, as he stepped down from the role, comedian Kevin Hart lost his job of presenting the Oscars over historical Tweets from nearly a decade before! Posts on social media platforms such as Facebook, Twitter, Instagram, and Linkedin that could get considered detrimental to your company’s image, company culture, or other employees, could be grounds for disciplinary action. Making racist comments or hate speech could get regarded as inappropriate behaviour outside of work and lead to disciplinary or even legal action.