Discrimination against tattoos in the workplace 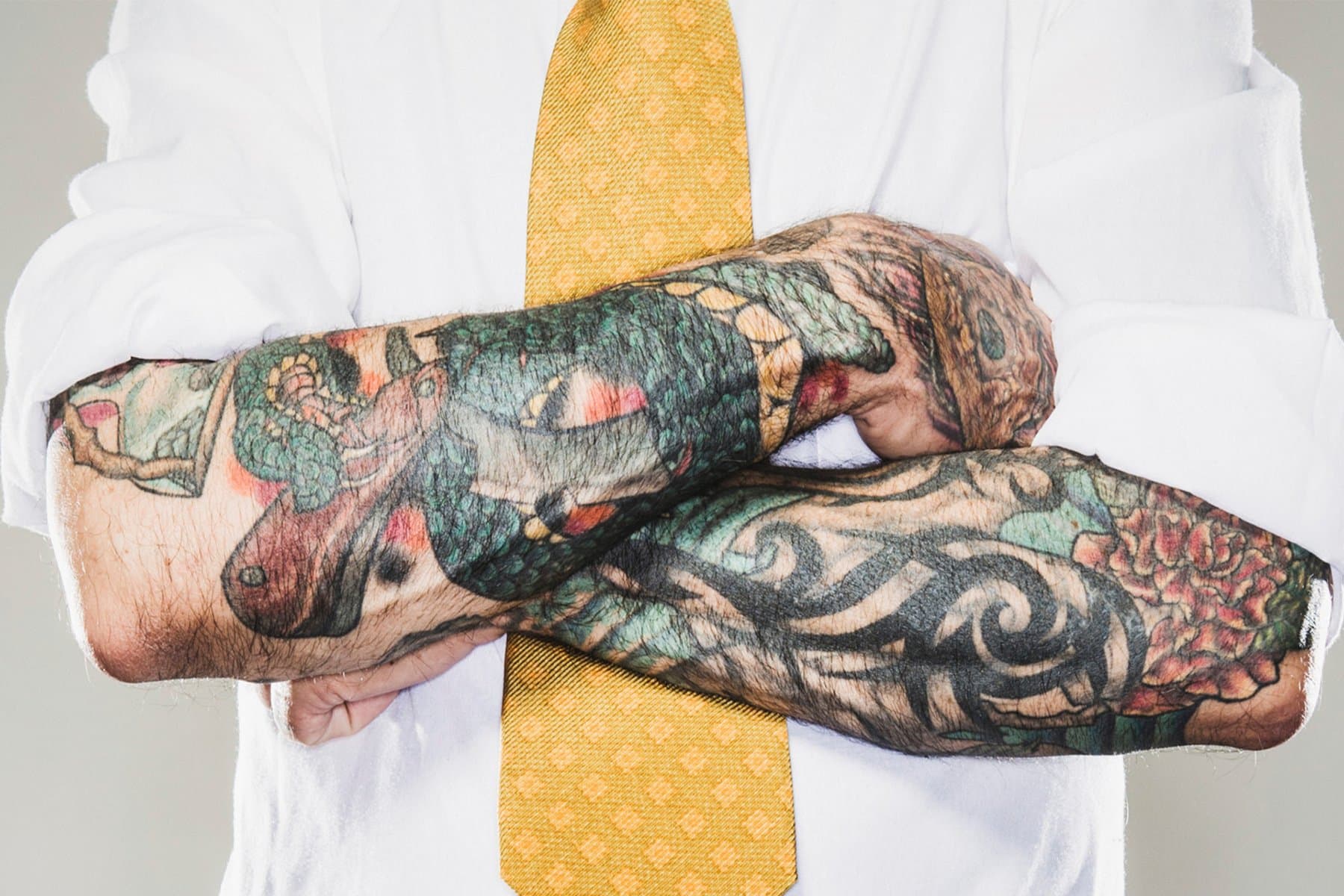 Despite the rise in the popularity of tattoos in recent years, many employers still consider them to be unacceptable, and discrimination against tattoos in the workplace is still happening.

According to an Acas commissioned a study in 2016, a large proportion of the 33 anonymously interviewed individuals, ranging from a senior manager in the emergency services to a regional director of an accounting firm, said that they would be hesitant to hire applicants with visible tattoos in the workplace.

It is potentially quite alarming for employees as, according to a recent YouGov survey, 30% of UK adults aged 25-39 have tattoos. And considering that body art and body piercings have become increasingly more of a trend over the last few years, this percentage will likely rise, especially among young people and the new generation of workers.

What are the laws about tattoos in the workplace?

Apart from religious markings, body art does not get considered a protected characteristic under the Equality Act 2010; therefore, employers are free to base their hiring decisions on visible tattoos and employment on this aspect alone.

“Businesses are perfectly within their right to have rules around appearance at work, but these rules should base themselves on the law where appropriate, and the needs of the business, not managers’ personal preferences about visible tattoos in the workplace.

Therefore, it is understandable that some companies want to restrict tattoos and encourage a professional image through their workforce. Employers that adopt an unreasonably strict policy in their recruitment decisions on body modifications and visible tattoos and the workplace risk losing out on many skilled workers from the younger generation due to possibly outdated negative attitudes towards tattoo acceptance in the workplace.

What are inappropriate tattoos in the workplace?

People that like to have body art and tattoos done can’t get put into one category. On the one hand, you have someone like David Beckham OBE, who has approaching 80 tattoos, many visible, covering much of his body. David Beckham is a UNICEF Goodwill Ambassador and ambassador for the football World Cup in Qatar in 2022, but nobody considers him as having inappropriate tattoos in the workplace. You could also find a city investment banker with just as many tattoos, but he hides his tattoos in the workplace below the collar line with a suit as his appearance matters more in his role.

Many people now have at least one tattoo, but turning up for work or a job interview and displaying face tattoos in the workplace would be rightfully frowned upon, making their employment status far more complicated. Even for the employee to retain their current job or get a new position, tattoo acceptance in the workplace may be an issue. Perhaps many employers should have more lenient tattoos policies in the workplace in general, which would benefit businesses and aspiring young professionals who wish to display tattoos in the workplace. Law may not fully protect either side, the employer or employee, but as times change, tattoos and employment shouldn’t necessarily be the issue it once was. Tattoo discrimination in the workplace has been an ongoing issue for many years. Many highly skilled professionals have chosen to get religious markings and body art and then felt victimised at work by having visible tattoos and jobs discrimination.

Both employees and employers should familiarise themselves with tattoos and employment law. You can resolve many issues through good communication and a certain amount of understanding from both parties by following the proper process.

It is also important to remember that drafting or updating any dress code policy is not discriminatory regarding sex, age, disability, sexual orientation, etc.

What can be considered offensive tattoos in the workplace?

What one person may deem an offensive tattoo in the workplace may be perfectly acceptable to someone else. Offence can be very personal, although keeping a good working environment and multiple employees happy at work is essential. A very obvious example of what may appear as an offensive tattoo in the workplace would be a swastika. A swastika generates a lot of strong feelings for quite apparent reasons after the Nazi party adopted it. The swastika has a long history that dates back well before the Nazi party adopted it as it came from the Sanskrit meaning “good fortune” or “well-being ” and is a sacred symbol in Buddism, Hinduism and Jainism. So, just from this one example, you can see how tattoos in the workplace could get tattooed on an employee for two significantly different purposes.

Before taking action against an employee and possibly being accused of discrimination against tattoos in the workplace, it would be highly advisable to check that laws about workplace tattoos are being adhered to regarding the subject matter of any suspected offensive body art.